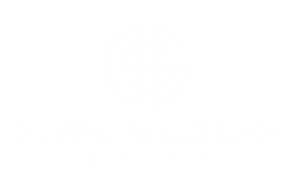 Google’s Latest May 2022 Core Search Algorithm Update: What Does It Mean For SEO?

Google has rolled out the first broad core algorithm update of 2022, which is named the May 2022 core update. As announced by the leading search engine giant, the newest update comes on top of the November 2021 core update which was released over 6 months ago and will take about one to two weeks to fully roll out. But what will this update mean for SEO?

As Google puts it, core updates are changes “made to improve Search overall and keep pace with the changing nature of the web.” These updates may also produce some noticeable changes in the way sites perform. Still, there have been some rumors in the SEO communities about what this May 2022 core update is going to mean for SEO.

Today, we're releasing a broad core update, as we do several times per year. This update is called the May 2022 core update. Learn more: https://t.co/7kFklwdkAb

Let’s start with a summary of Google’s general advice regarding the last few core updates:

Once the update is finished rolling out, we will have a complete checklist on how to adapt to the May 2022 core update and keep up with Google’s search engine algorithms. Until then, you can use what Google announced to make sure everything is in line with the latest trends. You can refer to the official blog post by Danni Sullivan (Google’s Public Liaison for Search) or read our blog to find out more about the newest updates.

While we all wait for the official checklist, let’s see what were some of the key elements of the November 2021 Google core algorithm update.

What We Learned From Google’s November 2021 Core Update

As we mentioned above, Google’s November 2021 core update can serve as a great guide when it comes to making new changes – as well as the overall direction in which the world of search engine optimization (SEO) is going.

On the aspect of content, here are some of the tips that were discussed as ones that could guarantee better ranks:

In November, some of the top industries affected by the update included health, science, people & society, real estate, and pets and animals. In these areas, there was increased volatility in search and ranking. However, if you are into the world of SEO, you also know that Google releases broad core algorithm updates 2, 3, or 4 times per year, and a drop in rankings is not meant to penalize you or prevent you from ranking high again.

What is also clear is that we are seeing a heavier influence on mobile rankings which appears to be the “new normal” – so, it is important to not overlook your site’s mobile experience and performance.

It seems like the Google May 2022 core update will look a lot like the November 2021 update, producing volatile results. However, to prevent anything from happening or even recover from dropped rankings due to the update, you can always follow Google’s advice which doesn’t change much – or you can call us.

Find out if you should hire a Marketing Agency or an In-House Team. Take this short quiz to find out. 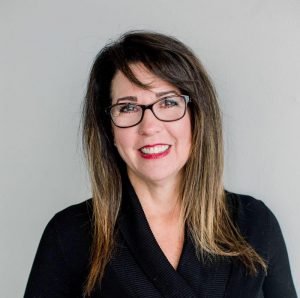 Our Social Media Intake Questionnaire gives us the information we need to create the best Social Media and Ad strategy.

After you submit this form, we’ll reach out to you and provide you with a proposal and schedule for content creation, made for you to reach your goals.

Our Website Intake Questionnaire gives us the information we need to create the best website layout & design solution for your business.

After you submit this form, we’ll reach out to you and provide you with a proposal for creating a new website, or redesigning your current one.

Brand Archetypes: What are they and Which One Are You?

Take A Quiz to Find Out
We use cookies to ensure that we give you the best experience on our website. If you continue to use this site we will assume that you are happy with it.OkPrivacy policy